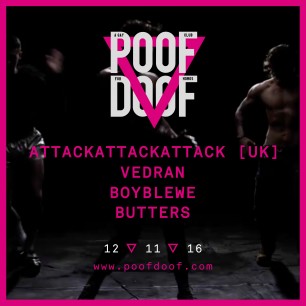 PLAN YOUR ATTACK BECAUSE:

IS BACK IN TOWN.

HERE’S A BIT MORE ABOUT HIM:

THIS IS THE SECOND LAST SPRING FLING BEFORE THE SUMMER DOOF SERIES BEGINS.